Royal Challengers Bangalore (RCB) players Glenn Maxwell and Yuzvendra Chahal were involved in some fun banter ahead of the franchise’s IPL 2021 tournament opener.

RCB will open their campaign against Mumbai Indians at the MA Chidambaram Stadium in Chennai tonight.

In a video uploaded on the Royal Challengers Bangalore’s official YouTube channel, Glenn Maxwell and Chahal were engaged in some light-hearted chat.

“How many catches are you going to take off my bowling?”

The Big Show smiled and posed the same question back to Chahal. The leg-spinner replied that he would take at least one. Glenn Maxwell burst out into laughter, saying:

“There is no way you are going to take a catch off my bowling this year. You cannot catch.”

Chahal then asked Glenn Maxwell about the number of reverse hits the Australian has attempted in the RCB nets. In response, Maxwell took another dig at Chahal, saying he did not play many, as the leg-spinner did not bowl to him.

“Not many, just a couple. Too scary in the nets. You did not bowl to me, you changed groups, so you did not have to bowl to me,” Glenn Maxwell quipped. 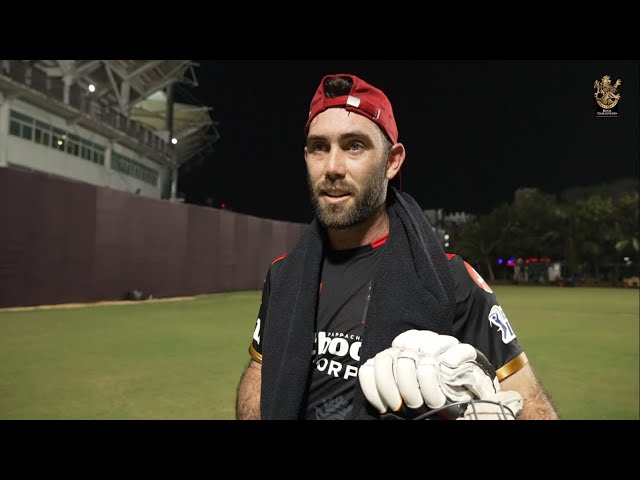 Chahal responded, saying that it was the coaches’ fault and also said that he always bowled at Glenn Maxwell whenever he came out to bat for Australia.

Despite Glenn Maxwell’s shockingly poor IPL record, RCB shelled out INR 14.25 crore for the player’s services in the mini-auction earlier this year.

RCB were massively trolled for the same. But captain Virat Kohli has said that the Bangalore-based franchise specifically targetted Glenn Maxwell at the auction. In RCB’s ‘Bold Diaries’, Virat Kohli elaborated:

“We wanted Maxi, specifically targetted him at the auction in February. You obviously feel great when things end up happening to where you thought they would. He’s a good guy; we’ve caught up in the past as well when I was in Australia on a tour. He’s just very happy to be in RCB, and I see a different energy about him this time.”

Kohli added that he doesn’t want Glenn Maxwell to be the centre of attraction, which has happened with the Australian in the IPL in the past. The RCB captain said in this regard:

“You don’t want to be the centre of attention all the time, and I think that’s something that happened with Maxwell. There’s too much focus and attention on you. We have decided to pick him; he’s not demanding to go to any team. When you decide to pick a player, it’s very important to manage the player as well.”

Glenn Maxwell was released by Punjab Kings after managing a meagre tally of 108 runs in 13 games last year, at a strike rate of just over 100.

5 Lesser-Known Players To Watch Out For