From Super Overs to Surya’s Brilliance: Here’s What Happened When Mumbai Indians and Royal Challengers Bangalore Locked Horns in IPL 2020 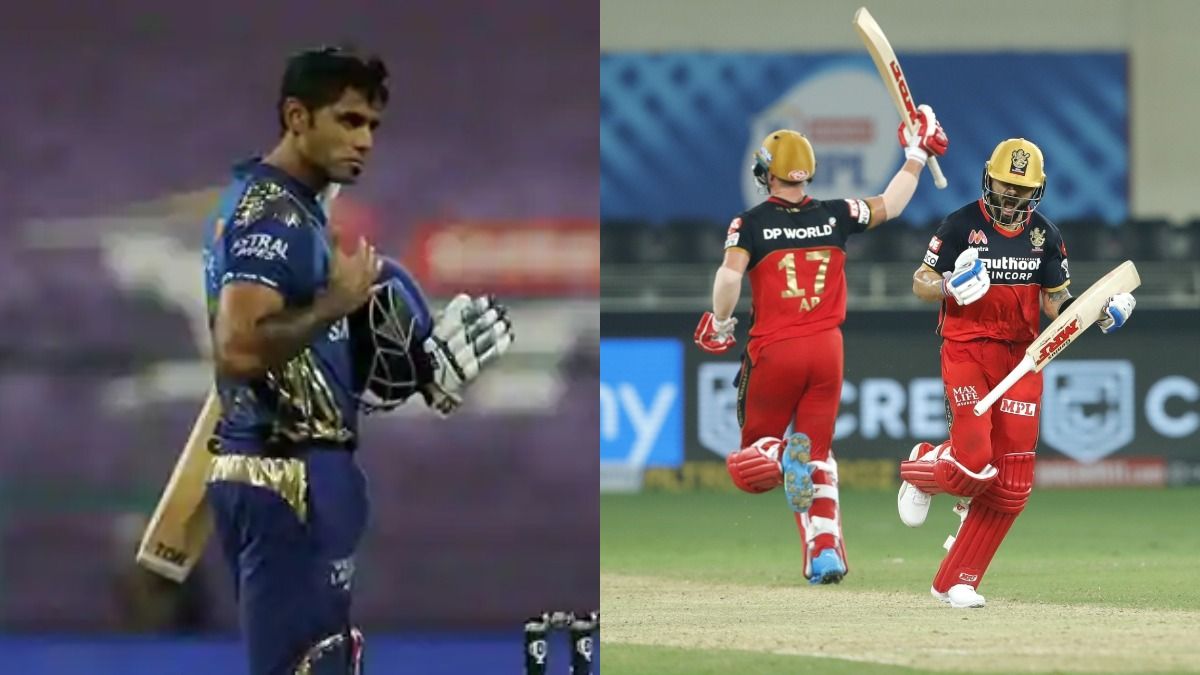 Defending champions Mumbai Indians will start their title defence on Friday in the IPL 2021 opener against Royal Challengers Bangalore. The two cricketing powerhouses will look to break their unwanted streaks in the cash-rich as Mumbai Indians have failed to win the opening match of the season since 2012. While RCB have not tasted a win at Chepauk Stadium since 2014.

Mumbai played dominant cricket last season and won the season for the record fifth time. On the other hand, Virat Kohli’s RCB qualified for the playoffs despite an inconsistent show.

In the group stage, Mumbai and RCB engaged in two of the nail-biting finishers which witnessed some exciting individual brilliance.

In the 10th match of the season, Rohit Sharma won the toss and elected to bowl first in Dubai. The decision didn’t go in Rohit’s favour as RCB openers Devdutt Padikkal and Aaron Finch slammed half-centuries to give them a solid start. Skipper Kohli became failed to capitalize on the big start and was dismissed for just 3 runs by Rahul Chahar. Mr 360 degree AB de Villiers joined the party at the business end of the innings and slammed 55 runs in just 24 balls as RCB posted a mammoth 201-3 in 20 overs.

Mumbai had the worst of the starts in the massive chase as Rohit Sharma (8), Quinton de Kock (14) and Suryakumar Yadav (0) failed to score big as they were three down with just 39 runs on the scoreboard.

After a rusty start, Dubai witnessed an astonishing innings from Ishan Kishan as the young wicketkeeper-batsman brought Mumbai back into the game. Kishan slammed 99 runs but failed to finish the game for his team and was dismissed on 19.5 overs as the match ended in a tie.

In the super over, Navdeep Saini produced fiery 6 balls as Mumbai managed to score just 6 runs. While Kohli and AB de Villiers chased down the target with complete ease.

Kieron Pollard followed the trend of opting to bowl first as RCB decided to go ahead with a new opening pair of Josh Philipper and Devdutt Padikkal. The openers once again gave a solid start as Bangalore posted 71 runs for the first wicket. Padikkal scored fluent 74 runs but none of the other batters gave ample support to him as RCB posted just 164/6 in 20 overs.

In the moderate chase, Mumbai struggled to get a decent start as they lost two wickets for just 52 runs. While Suryakumar Yadav had some different plans that day as he single-handedly took his team to the victory line with a 79 run knock. Mumbai won the match by 5 wickets but most of the fans remembered the game for a stare-down between Kohli and Suryakumar Yadav.

List of players who will miss their teams’ first game